There was, at the dawn of modern thought, a group of epicurean scientists who in their medieval laboratories studied the basic substances as they behaved with each other, tried new mixtures, believed that by mixing them together they would be able to raise them to something superior.
The gold.
They were generally called Alchemists.

When I learned to work with gelato, I realized that the principles of basic chemistry and matter physics are the basis for the transformation of liquid and solid raw materials into gelato.
In fact, gelato comes from a balanced equilibrium of ingredients which after a series of mixing, heating, melting and cooling processes solidify in a creamy and frothy way, in a unique macromolecular structure.
Natural raw materials of the best quality, transformation processes that further enhance the properties and taste of the ingredients and an extraordinary freedom of invention that immediately fascinated me.
It was not just a gelato maker, but rather an Alcreamist!

My previous skills in engineering and chemistry have been added to my training as gelato master at Liag School in Bolzano.
These offered me a particular point of view, as well as the mastery of particular work tools such as liquid nitrogen.

Then the experience of creating and managing the ORO gelato shop, unique in its kind, allowed me to get a deeper knowledge of gelato art.

By working with other chefs I also started a journey of exploration on other food, perhaps reworking traditional recipes or using unconventional ingredients.

Currently in addition to my experiments on food, I perform cooking class on gelato, mainly for tourists, in collaboration with a well-known tour operator in Florence.
I also prepare gourmet gelato tastings for public and private events.

As an alchemist, I too am looking for gold, but my gold is food!
Max the Alcreamist 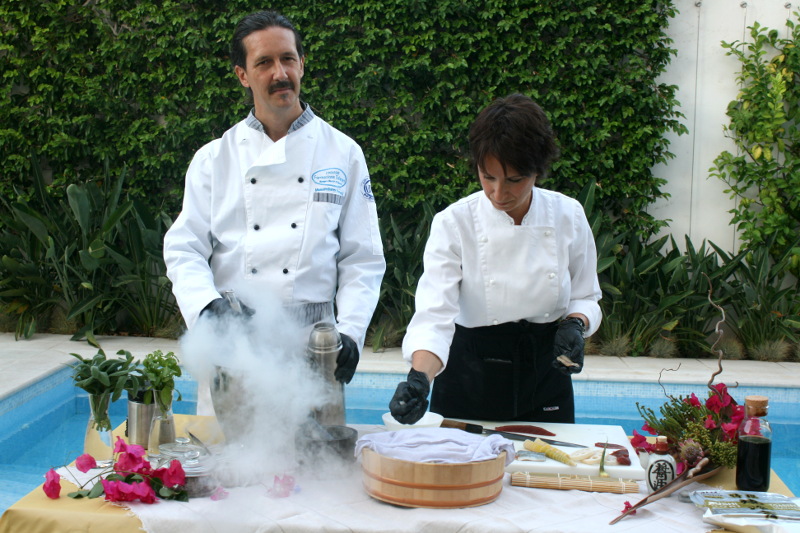